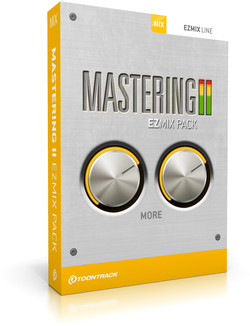 Toontrack has launched Mastering II EZmix Pack, a new mastering pack for the EZmix 2 software for Windows and Mac.

Equipped with an expanded selection of back-end effects to work with, he has crafted a comprehensive batch of one-click signal chains to complement the first pack. Mastering II EZmix Pack tackles new obstacles to overcome, new styles, genres and paints an overall broader scope to the EZmix Line and the content geared specifically towards mastering.