The two EZXs are based on content from the SDX, a bona fide beast weighing in at an enormous 184 GB and recorded individually in two different studios by Mark Lewis and Tue Madsen. 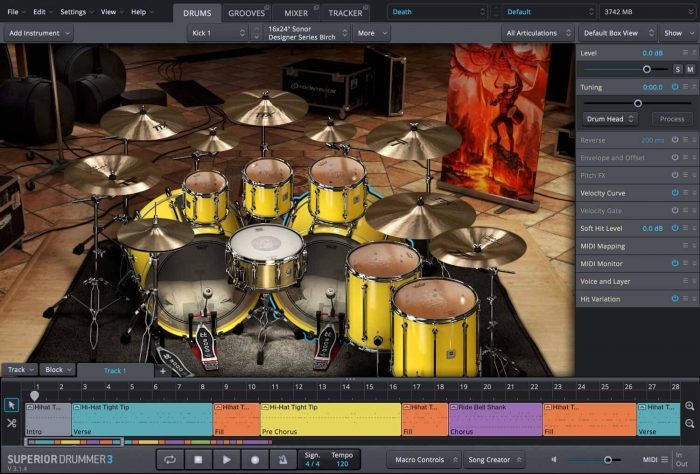 Combined, it gives you a truly diverse and all-encompassing collection of drums designed to cater to any facet of today’s fragmented scene – from the most brutal, blast beat-ridden and breakneck-speed death metal to hard-hitting metalcore, hardcore and all the fusion-inspired hybrids of progressive metal.

The SDX was configured as two separate libraries, one for each studio. The ‘Death’ portion of the SDX was recorded by Mark Lewis at his choice studio, the Sonic Ranch in Tornillo, Texas. The Ranch’s perfectly crafted Vincent van Haaff-designed main room offers second-to-none acoustics – pristine and distinct but still dense and with a warm, resonant and balanced natural reverb.

To contrast, the ‘Darkness’ part of the SDX offers a completely different experience – a darker, less polished and more raw-natured tone of drums. It was recorded in the empty swimming pool in Tue’s longtime and much-legendary Antfarm Studio in Aarhus, Denmark. With the reflective surface of the hard tile walls and floor in the pool combined with the surrounding room’s brick structure and high ceiling, the ambience of this unique room heard on countless albums is unlike any other.

Welcome to two studios, two schools of modern engineering and an almost insurmountable amount of drums ready for you to hone, mold and shape to literally anything you can imagine sound-wise. Get ready to produce drum mixes that have the power to pierce and cut through any thick wall of guitars or extremely layered production. 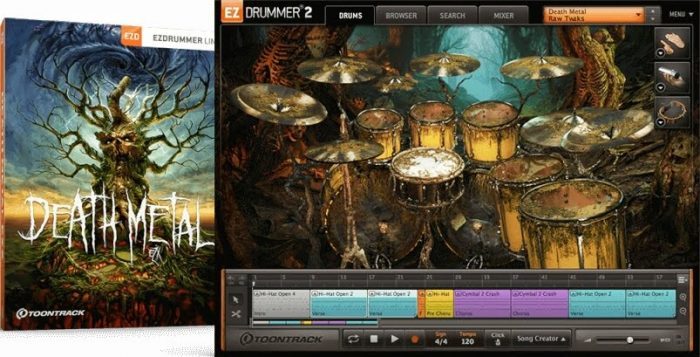 It was recorded by acclaimed engineer/mixer/producer Mark Lewis at the impeccable room at Sonic Ranch in Tornillo, Texas, and sampled by legendary drummer Sean Reinert (Death, Cynic). The two featured kits, handpicked from the Death & Darkness SDX, display two kindred but fundamentally different beasts of razor-sharp, pristine and crystal clear drums designed to cut through in anything from rampant tempos to dense walls of guitars and extremely layered productions.

With the Death Metal EZX, you get the touch and stroke of a legendary drummer combined with Mark Lewis’ engineering applied on two meticulously sampled and tuned drum kits, ready to bring your music into the future and add some new life to your death metal.

The Dark Matter EZX includes 2 kits of complete and utter life-absorbing darkness, straight from the heart of Denmark. 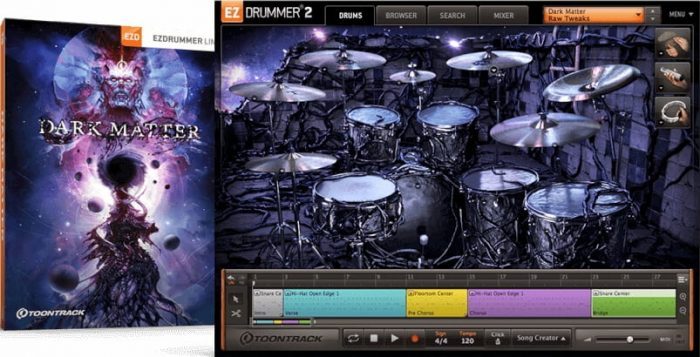 The Dark Matter EZX features two kits from the Death & Darkness SDX, mix-ready and tailored for metal, hardcore and heavy rock – optimal for any material that calls for drums of the unfriendly kind: ghastly, dark, raw and unpolished.

Recorded in the empty swimming pool drum room in legendary Antfarm Studio by Tue Madsen, this collection of drums has an overall tone unlike any other. The hard, reflective surface of the pool’s tile floor and walls combined with the surrounding room’s brick structure make for an ambience that is bright but still deep and loud yet still menacingly soothing.

Welcome to a collection of drum sounds so real that they burrow deep into the very fabric of reality and permeate the sense of space, mind and self with utter darkness.

The Death Metal and Dark Matter EZX expansion are available for 69 EUR / $79 USD each.

Toontrack has also announced a massive set of deals and added value offers spanning almost the entire range of the company’s product lines. Until December 31st you can take advantage of value offers on EZdrummer 2, EZmix 2 and EZkeys as well as price cuts on EZXs, SDXs and bundles. 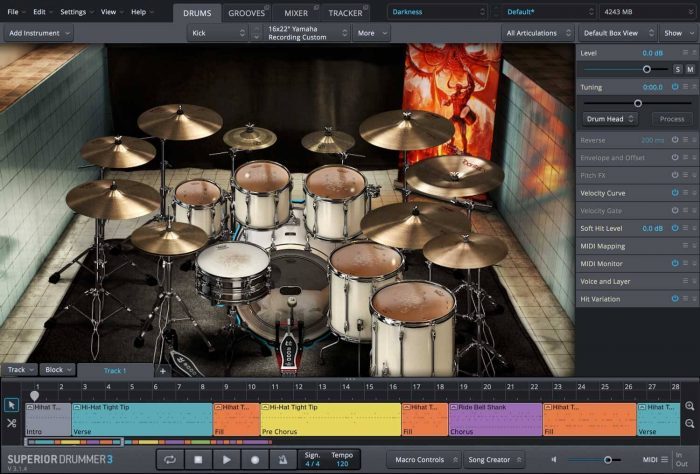