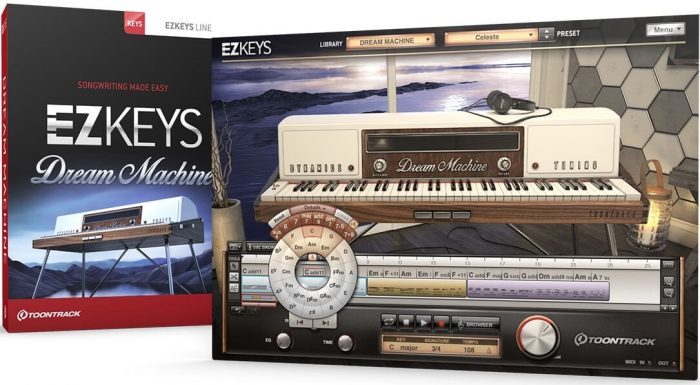 EZkeys Dream Machine is a hybrid and preset-driven instrument designed for use in modern pop, ambient soundscapes and soundtracks. It’s centered around two main components from opposite ends of the audio spectrum: a Rhodes Mark 7 electric piano as well as an undisputed cornerstone in the melodic percussion family, the celeste. Both main instruments can be used individually, but together they form unique sonic texture unlike anything ever heard. In addition to these two instruments, a marimba and a xylophone are utilized in the background of several of the many included presets to paint even richer timbres of sound.

All in all, EZkeys Dream Machine is a new creative vantage point in your arsenal of songwriting tools. It’s percussive, melodic and, quite frankly, sounds like a dream.

The EZkeys Dream Machine is available for 139 EUR.

In addition, the Melancholic Pop EZkeys MIDI pack is now available, a collection of Piano MIDI inspired by melancholic pop songs of the last few decades. 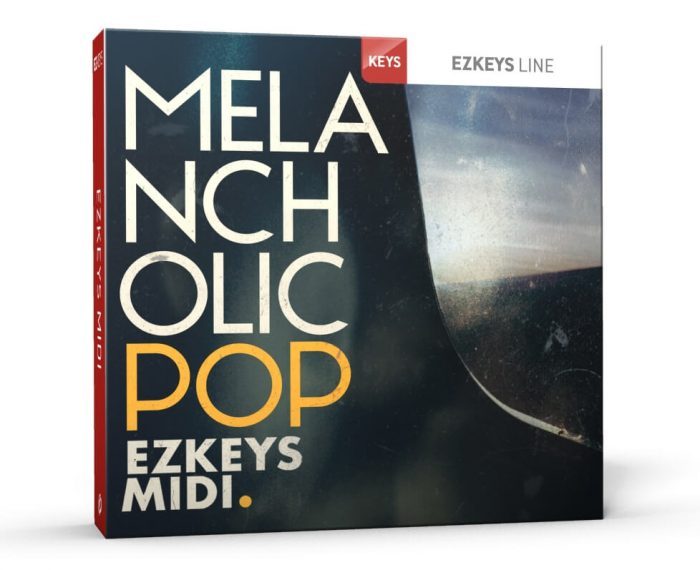 In music, there’s something about melancholy that strikes a chord. Some songs leave unquestionable footprints, cling to you and make emotional dents that can’t be denied or easily erased. Somehow, there’s an illogicality in the fact that melancholy in music is as uplifting as it is brooding with sadness. It emotes, provokes and uplifts, just like art is supposed to.

This EZkeys MIDI pack takes on a broad inspiration base in all walks of tempo and style when it comes to pop music of the last few decades. We’re exploring those hooks, melodies, harmonies and progressions that all have that undeniable melancholic twist. Think The Cure, U2, Coldplay, R.E.M., OneRepublic and Keane and you’ll hear it.