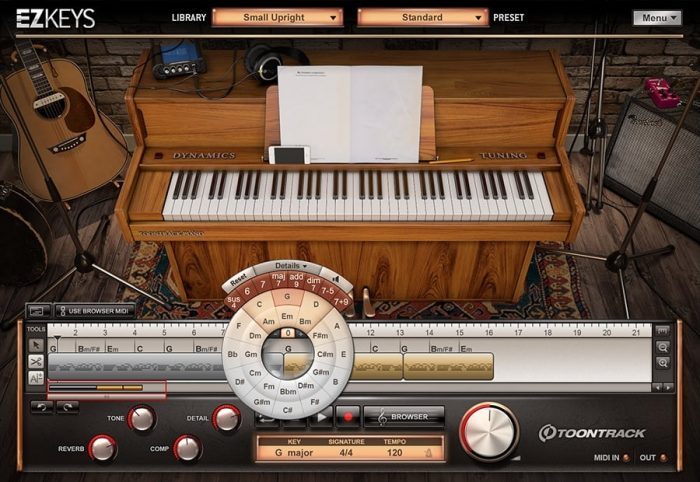 The Small Upright sound library features a carefully sampled six-octave model 1001 piano by August Hoffman, a renowned Swedish brand with lineage tracing back to the late 1800s. This specific instrument is often referred to as the ”Bambino” and was built in the 1970s. Due to its small size, it produces a distinct, focused tone perfectly suited for edgy, modern music production.

Still to this day, and despite the fact that it’s since long out of production, the inimitable timbre of the six-octave piano can be heard cutting through in mixes by many top indie pop, rock and alternative bands from around the world.

The EZkeys Small Upright is available for purchase for 139 EUR. From a post-punk soaked late 1970s London, through the synthesizer era of the ’80s, the explosion of 1990s Britpop to the countless variations of today – indie pop has swept through the decades and vacuumed every odd bit and piece it found along the way.

Inspired by some of the key artists of each era, this collection of EZkeys MIDI takes that very same route and comes out on the other end with a versatile set of song foundations that touch on pop, rock, soul, synth and psychedelia. Start writing!