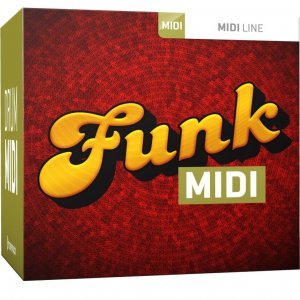 Toontrack has announced the release of the Funk MIDI pack, a comprehensive collection of drum grooves tailored for the wide definition of the funk music genre.

More so than in any genre, the rhythm section and the overall groove in a funk song is the pivot point around which everything else revolves. In fact, some of the world’s most sampled drum beats come straight off classic funk records. Still to this day, the drum grooves of James Brown, Chaka Kahn, The Commodores and many others are sampled and cited as major influences by contemporary top music producers from around the world.

With that and some of the genre’s most influential songs and drummers in mind, Norman Garschke managed to create a versatile collection of drum MIDI that truly captures the essence of funk: the groove. But regardless of whether you’re into writing funk songs or not, this collection will provide you with sturdy and remarkably inspiring beats that will fall seamlessly into any pop, rock or modern context.

Funk MIDI is available for purchase for 25 EUR.