Toontrack has announced the release of two new presets packs for Superior Drummer 2.0, and Metalheads MIDI, collection of MIDI files from the Metalheads EZX.

At Toontrack, November always means Metal Month. It’s the annual celebration of metal music and a month filled to the brim with new sounds, new tools, new grooves, competitions and fun! Check out the site and join the party! 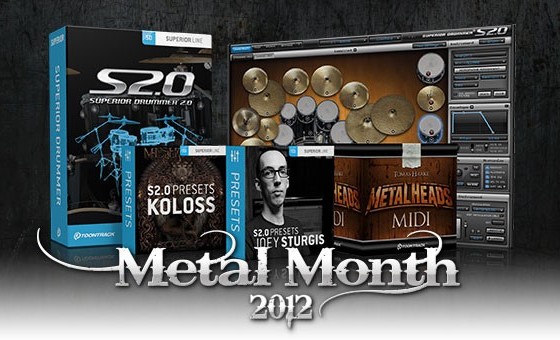