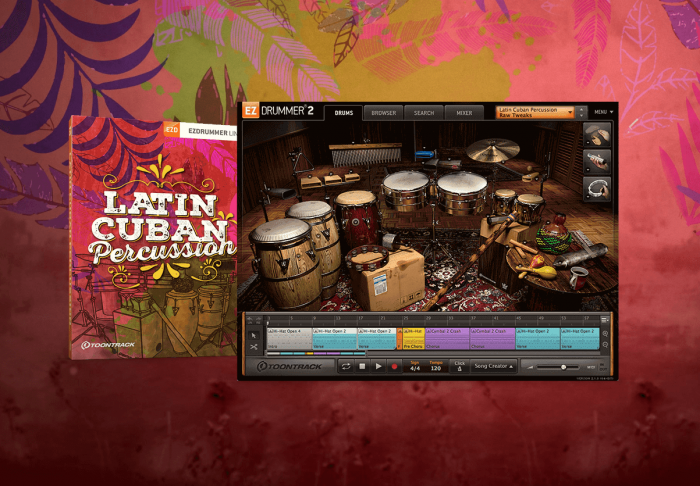 The Latin Cuban Percussion EZX was envisioned as a percussive complement to the Latin Cuban Drums EZX and features a collection of the most common percussion instruments used in the wealth of music sorted under ‘Latin’: congas, timbales, bongos, guiros, shakers, woodblocks, cowbells and more. It was recorded alongside its EZX counterpart at New York’s renowned Sear Sound Studios by Grammy Award-winning and Emmy-nominated engineer Dave Kowalski and sampled by undoubtedly one of the world’s most in-demand percussionists, Richie Flores.

Richie, Brooklyn-born but raised in Puerto Rico, embarked on his journey as a professional percussionist already at the age of 13 and was the youngest musician to ever travel with a band outside Puerto Rico. Since then, he has played with some of the most celebrated artists in Latin music, performed on several Grammy Award-winning records and continued to perfect his musical voice.

If the drums paint the bigger picture and act as the rhythmic heartbeat, percussion is what fills in the blanks and makes sure all the glaring colors and hallmark Latin accents indefinitely shine through. Simply put, in Latin music, percussion is just as essential to the groove as the groove itself. Welcome to your new go-to collection, handpicked by one of today’s number-one performers and captured in stunning detail – encapsulated by the iconic aura of the Sear Sound room.