Toontrack has launched the Eighties Pop Grooves MIDI pack, a new collection of MIDI content by Norman Garschke for EZdrummer 2 and Superior Drummer 3.

The collection of grooves explores the rich song treasures and artists of the time, offering sturdy beats with an abundance of feel combined with some timeless session drummer magic that can fall into any track with seamless precision. 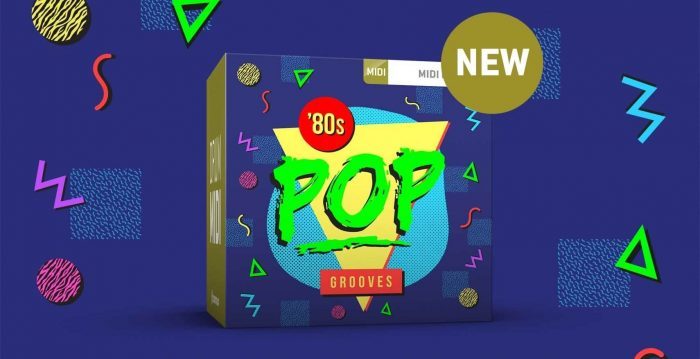 Pop drums in the eighties were somewhat a marriage between two eras. At one end of the scale, drum machines and monotonous beats were forcing their way into the sound of the time, while on the opposite side, groove, feel and timing were more important than ever. Amid all this was the traditional drummer, caught in an age when technology came head to head with tradition.

Producers introduced click-tracks on a larger scale, asked drummers to play with machine-like precision to not clinch with their sequenced parts and had them lay down their tracks as the first step in a production – all while session drummers like John Robinson, Ricky Lawson, Phil Collins, Manu Katché, Jonathan Moffet, Jeff Porcaro, Kenny Aronoff and Stewart Copeland rose to iconic fame and had more work than ever.

This era is indeed a man-against-machine scenario, where drummers who bridged the gap the best came out on top. Who’ll ever forget those gated reverbs, larger-than-life drum fill breaks and machine-like beats? Interesting time indeed.

The MIDI pack is available from Plugin Boutique for 25 EUR.