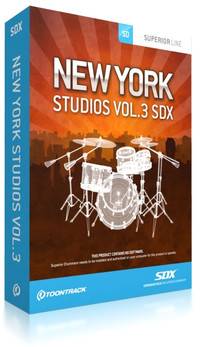 We are proud to present a new addition to the Superior Line: New York Studios Vol.3 SDX! Straight from the Avatar Studios in the heart of Manhattan comes breathtaking drums recorded by the same team that did Superior Drummer and the Vol.2 SDX – engineer duo Neil Dorfsman and Pat Thrall together with session drummer Nir Z.

Wave Alchemy launches Winter Sale – Up to 50% off sample libraries