Arguably, no nation in the world has had a bigger impact on the sound and worldwide development of pop music than the UK. From the immortal legacy of acts like The Beatles and The Rolling Stones through pioneering groups such as The Police and The Clash to modern-day icons like Adele and Ed Sheeran, the UK has continuously paved the way and reinvented the sound, feel and approach of pop without ever steering too far off from its roots and core. In fact, for five decades the UK pop scene hasn’t peaked, it’s been on a constant high. This is the heritage and sound that the UK Pop EZX explores. 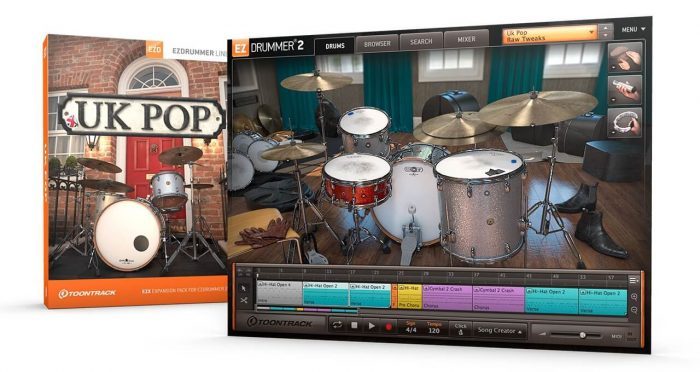 Recorded in London’s RAK Studios by acclaimed session drummer Ash Soan (Adele, James Morrison, Ronan Keating) and Grammy Award-winning engineer Mark Taylor (Rod Stewart, Cher, Daniel Bedingfield), already from the onset, the UK Pop EZX summarizes three vivid cornerstones of the UK pop scene. In addition to the four drum kits, extra snares and cymbals that were handpicked for the session, it also comes with seven carefully engineered presets, ensuring that the widest possible palette of sound is covered. From the tight and deep allround tone of the main ‘UK Pop’ preset to the intimate and dampened Beatles-esque ‘Tea Towels,’ the rowdy ‘Carnaby Street’ that hints of T.Rex, or the tight and snappy breakbeat-inspired ‘Bristol Eyes,’ the UK Pop EZX covers a broad facet of the British pop wonder.

These are drum tones inspired by nearly six decades of pop mastery, recorded at RAK Studios in London by two of UK’s most sought after professionals. Past, present and now – all rolled up for use in your future productions. Away to the UK!

The UK Pop EZX is available for 69 EUR.

Having played with some of the most noted artists in modern pop history, performed on best-selling records like Adele’s “21,” recorded 52 Top 20 albums, resided as the house drummer for UK’s “The Voice,” graced covers of magazines and received numerous awards, session drummer Ash Soan has been the session drummer in the lens view of British pop for the past few decades. 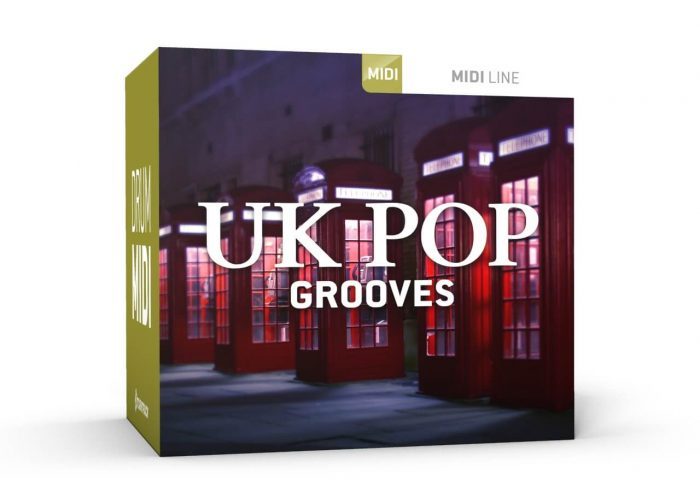 This collection of grooves and fills draws inspiration from a myriad of songs, where Ash took the basic foundations and merged, twisted, turned and tilted them to come up with a broad palette of variations. Expect a wide range of fundamental but still inventive drum beats, all with that British twist.

When stars like Adele, Robbie Williams, Cher, Ronan Keating and James Morrison need a solid groove, they call Ash. The next time you do, you know where to look.

Sample Logic’s Trailer Xpressions 40% OFF for one more week