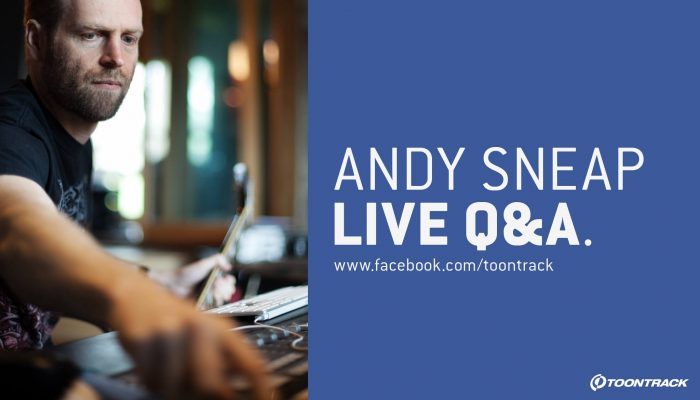 Having produced and mixed defining albums by some of modern metal’s most prized acts like Testament, Megadeth, Accept and Killswitch Engage, Sneap has had an instrumental role in shaping the sound of metal as we know it in the new millennium. Andy has also been a longtime Toontrack collaborator and contributed to several releases such as the widely popular Metal Machine EZX for EZdrummer 2, the Andy Sneap EZmix Pack for EZmix 2 as well as the most recent one, the Metal Machinery SDX for Superior Drummer 2.

The Q&A is open to all. Aspiring engineers, home recording enthusiasts and fans of heavy music in general are strongly recommended to stop by and get firsthand tips and tricks from one of today’s premier names in metal production.