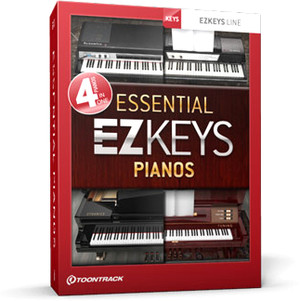 Toontrack has released version 1.2.0 of EZkeys, the virtual piano instrument and songwriting tool for Windows and Mac.

This update is recommended to all users running Windows 7/8 and Mac OS 10.9 or above. Note that version 1.2.0 is required for the support of EZkeys packs released from this point forward (Q3 2014).

The EZkeys update is now available to download for Windows and Mac (VST/AU/RTAS/AAX).