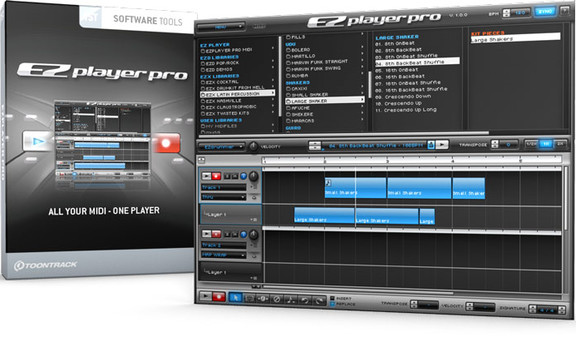 EZplayer pro 1.2.0 is now available from your Toontrack account. This is the first release of EZplayer pro to provide compatibility with Pro Tools 11 (AAX support). It also features numerous fixes together with new and updated wrappers for many of the more popular drum samplers.

IMPORTANT: this release is tested on Windows 7 and newer only. It is NOT compatible with Mac OS 10.5 and requires Mac OS 10.6 as a minimum. In order to offer some of the added functionality of EZplayer pro, we have provided a customer support release, version 1.1.1, available from the user area. Customers with systems running Windows XP, VIsta and Mac OS 10.5 should download that version instead, the last that will be provided with compatibility with those operating systems.

EZplayer pro for Windows and Mac (VST/AU/RTAS/AAX) is available for purchase for 39 EUR.

Musicrow announces The Sirens for Absynth