Townsend Labs has announced that AAX DSP support is included in version 1.3 of the Sphere plugin, the software component in the award-winning and best-in-class Sphere L22 microphone modeling system. 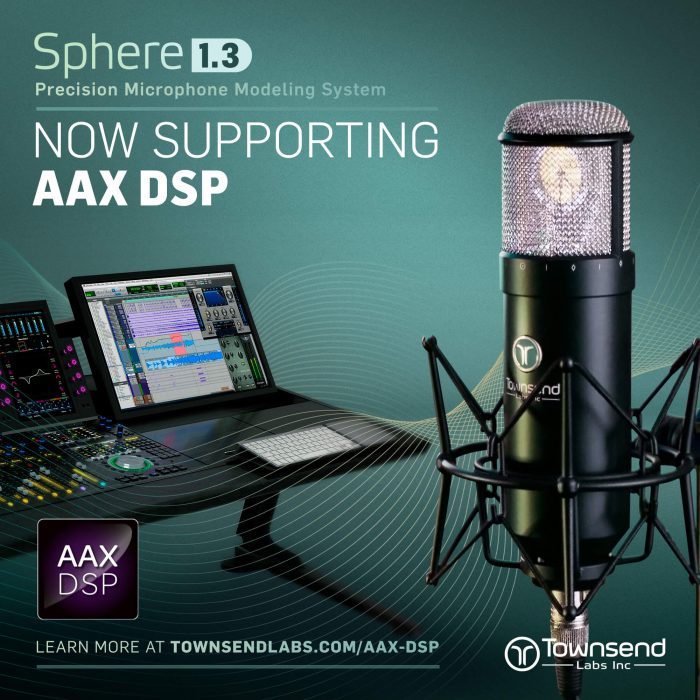 Ever since its initial introduction, the Sphere plugin has been available for all major native plugin formats, as well as on Universal Audio’s UAD-2, Apollo and Arrow platform. With the addition of AAX DSP support in Sphere 1.3, owners of Pro Tools HDX systems can now enjoy perfect integration of the Sphere microphone into their existing DSP-based workflow, and monitor the over 20 included microphone models with near-zero latency while recording.

Since its debut in 2017, the Townsend Labs Sphere L22 has established itself as the best microphone modeling solution in the industry. Its pioneering multi-dimensional modeling technology and unique dual-channel design take microphone modeling far beyond merely mimicking the static on-axis response of the original microphones.

The Sphere L22 captures the spatial in-room behavior of the original microphones, including transient response, harmonics, proximity effect, and three-dimensional polar response. The stunning accuracy is what has convinced users from home recordists to seasoned industry veterans, such as Joe Chiccarelli and Allen Sides, that Sphere is the future of microphones.

The Sphere L22 system is comprised of a dedicated, dual-channel microphone and its software counterpart, the Sphere plugin. 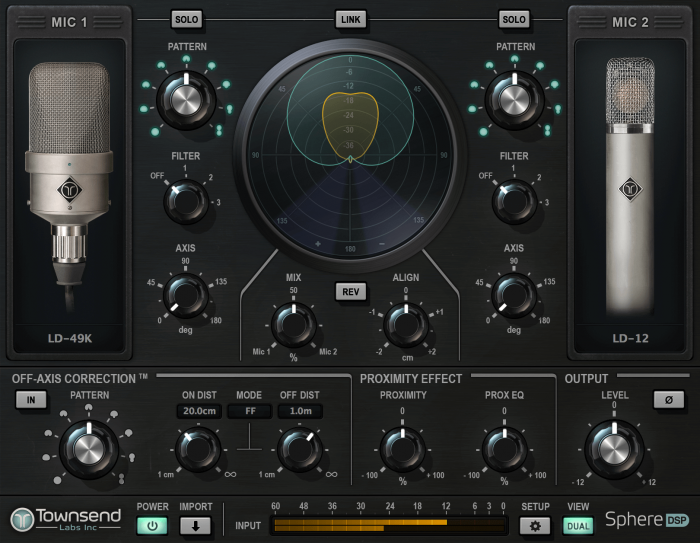 The plugin currently includes over 20 models of coveted microphones—a collection which would be worth more than a hundred thousand dollars if it was ever up for sale, and to which new microphone models are regularly added. The microphone can be used with any preamp and any digital interface, and the Sphere plugin is available for all major native plugin formats as well as on Universal Audio’s UAD-2, Apollo and Arrow platform.

With version 1.3 of the Sphere plugin, Townsend Labs adds support for AAX DSP, which means Pro Tools HDX owners can now use the microphone with near-zero latency in their existing workflow. This does not only make Sphere L22 an even more attractive choice for top-end music producers and high-end commercial studio facilities, but also for audio post and dialog recordists. As such, Sphere is the first and only microphone modeling system available for Pro Tools HDX.

The Sphere L22 microphone can be purchased from most pro audio dealers worldwide, and is offered for $1499 USD excluding tax.

Book Of Sounds Bundle offers 20GB of sounds for Kontakt, on sale for 29 EUR!