Designed for the needs of modern music producers, this deeply capable DAW is a suite of tools that is powerful, intuitive and very user friendly.

The latest evolution includes new features developed to harness the potential of multi-screen setups, touch screens and user customization. Plus, system stability has been improved with plugin sand boxing. 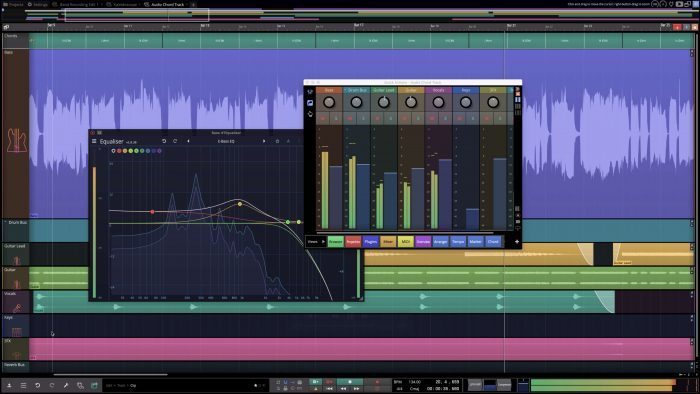 Waveform Pro introduces the User Interface Layout, allowing almost any window panel to be undocked for the ultimate customization. Use with the Quick Action Bar to assign short cut actions including custom macros.

Both work great with the Quick Action Window, designed with touch screens in mind, which allows multiple screens or touch screens to be dedicated to a specific instrument, plugin or app.

New additions to the composition tools include the Arranger Track, a new tool to make the arrangement of musical ideas a lot easier.

Clips of a composition can be selectively created, named and colored for ease of identification, then simply dragged and dropped in to different parts of the work.

Annotation and movement of entire pieces of work is now quick and effortless. The Edit Overview makes navigation of musical pieces rapid and smooth. 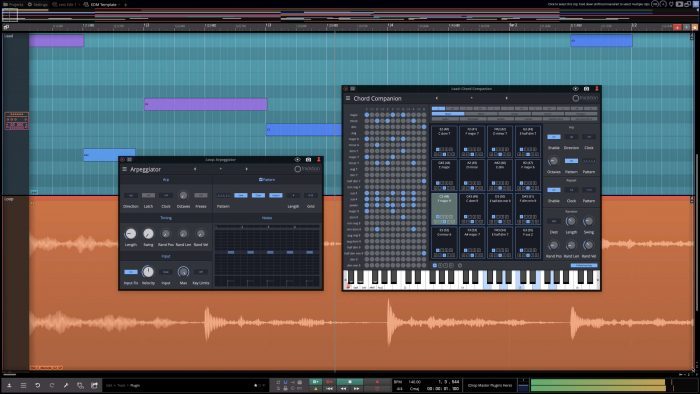 The Arpeggiator offers classic arpeggiation as well as tight control over timing and input. Note Repeat allows notes to be repeated based on selected patterns and clock settings. Complex chords can be triggered with just a single note using the Chord Companion.

Meanwhile the MIDI Monitor aids analysis and troubleshooting by clearly listing all MIDI events as they occur and the MIDI Filter works to filter out notes, effectively allowing two instruments to be played with one keyboard, one on the left side, one on the right.

Third party plugins have always been the weak link for any digital audio workstation. Waveform Pro has addressed this with the implementation of Plugin Sandboxing.

When activated, if a plugin crashes, it is deactivated rather than the host closing. In addition to sandboxing, the new DAW has had several ‘under the hood’ tweaks addressing stability, including one to automate any crash reports.

Last, but not least, one hundred and twenty two new Artisan Plugins have been added including a DeEsser, new filters, a de-noise plugin and many more.