Tracktion Software has announced the release of Tracktion 6, the music production software for Windows and Mac. 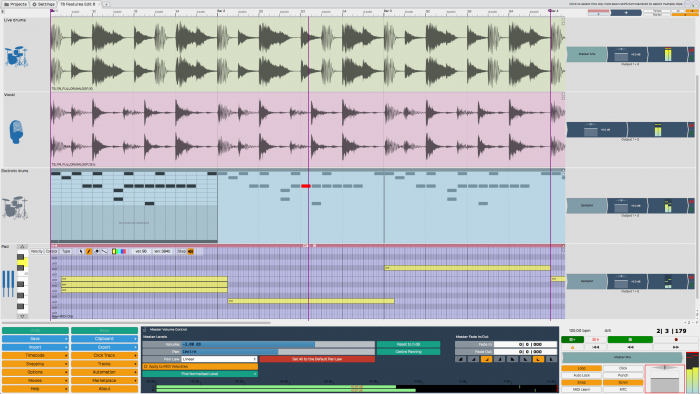 Widely known as “The Musician’s DAW” because of its accessible design, operational simplicity and affordable price, Tracktion 6 is the most ambitious update of the platform so far. It continues the Tracktion tradition of providing powerful, creative tools that enable musicians to compose, record, edit and mix their music. Many key features have been upgraded while new features and a ground-breaking customization portal have been added. As with earlier versions, Tracktion 6 is available at the remarkable bargain of US$60 per license (US$30 upgrades).

“We’re in the process of building what we consider to be the ideal DAW environment for musicians,” explained Tracktion founder, Julian Storer. “This is distinguished from typical DAW’s which are better suited to recording engineers. As musicians ourselves, we wanted a platform for quickly and easily recording song ideas, building on those ideas, editing and mixing them without technical barriers stifling creativity.”