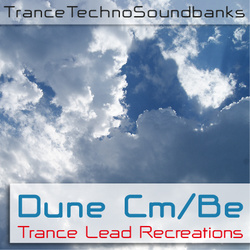 Soundset is having 10 Recreations Construction kits modeled on already released famous trance tracks.
All recreation are divided into those which are to be identical with original tracks(8) and those ones which resemble original but sounds a bit different(2).
With those presets for Dune Be/CM you can make your own tracks using famous sounds. Idea is to recreate the sound, not copy a track.

The soundset is available for download at no charge.