Transformizer has announced that the Transformizer Pro innovative sound manipulation software plugin is now available for DAWs which support VST and AU plugin formats, after previously being released as an AAX plugin for Pro Tools.

Transformizer Pro is a brand-new approach to sound design based on creative manipulation of layers of audio, using multiple effect parameters. Since the successful introduction, several high-end studios, including Skywalker Sound and Lime Studio, have embraced Transformizer Pro and incorporated it as one of their go-to tool for sound design tasks in their production workflow.

The conceptual approach has been conceived by co-founder and Creative Director, Lars-Bo Kjær, who is a seasoned and highly professional sound designer with an impressive list of client credits that include companies like IKEA, Volkswagen, Carlsberg, Coca Cola and many others.

“I was tasked with developing a particular range of sounds for a TV Series for one of my clients,” Lars-Bo Kjær says and elaborates. “The twist, however, was that it had to be a set of eight seemingly similar sounds – yet distinctly different and unique.

I searched low and high for a tool that could help me carry out the idea I had in mind, but realized that it did simply not exist. Therefore, I decided to create that tool myself, and Transformizer Pro is the result. A result that I am extremely pleased with and one that helps me every day on my productions.

And now, I am happy to announce that it is finally available to everyone working with AAX, VST or AU hosts.”

Transformizer Pro is currently available as a free 14-day trial, and a permanent license retails at $599 USD.

Lars-Bo Kjær will demonstrate Transformizer Pro during the upcoming NAMM Show 2018 in Anaheim at Avid’s booth in the new North Hall.

All NAMM attendees are invited to come by booth #15501 to experience Transformizer Pro first hand and learn more about how this new sound design tool will help expand soundscapes and potentially spark new creative and inspirational forces. 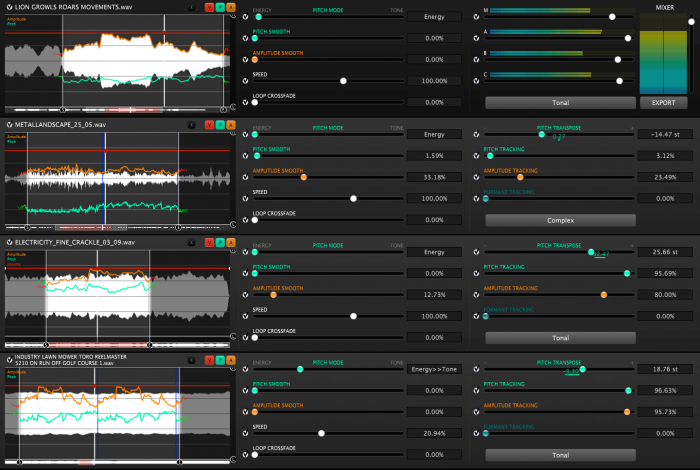