Tonewood includes a collection of clean, crunchy and distorted presets, as well as atmospheric and ambient sounds. The sound library also includes 20 ARP presets, with some of them making use of the new strum feature introduced in Omnisphere 2.8.

An extended version that makes use of Sonic Extensions by Spectrasonics is available as well.

Tonewood Extended delivers 120 alternative versions using the FX of the Nylon Sky and Undercurrent Sonic Extensions, bringing the total amount of presets to 240.

The new FX add a lot of different character to the presets and gives often a more transparent, crunchy and spacious feel to the presets.

Tonewood is on sale for the introductory price of 22.95 EUR until December 3rd (MSRP 29.95 EUR), while Tonewood Extended is 29.95 EUR during the promotion (MSRP 39.95 EUR). Both soundsets are also available in Unify format for users of Pluginguru’s Unify.

ADSR Beat Master Sale: Save up to 70% on spooky sounds, plugins & courses 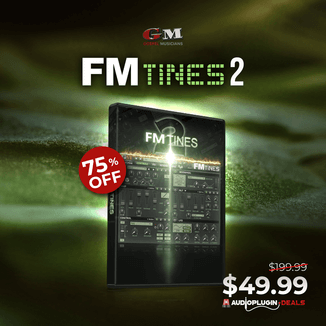