LunaStone has expanded its compact pedal series with the TrueOverDrive 2, a new overdrive pedal that follows the successful launch of TrueOverDrive 1 at NAMM 2017. 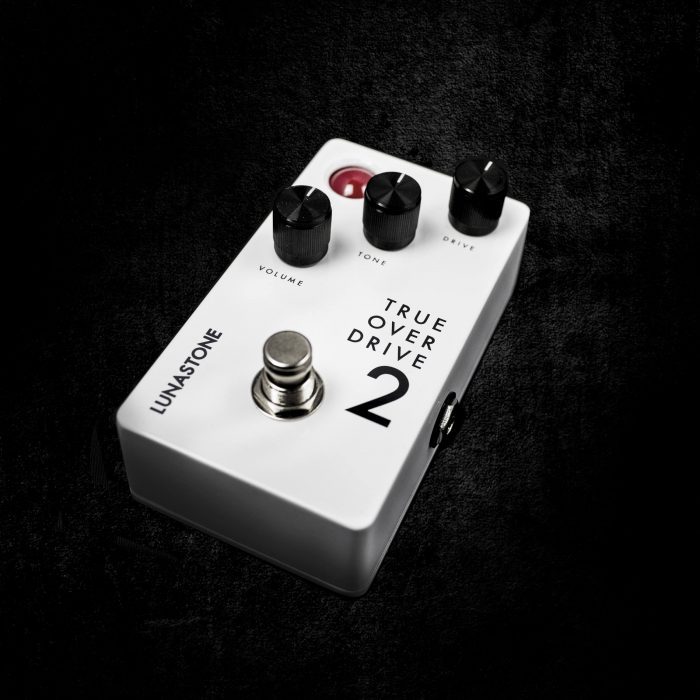 TOD 2 looks very similar to TOD 1. In fact, on the surface only the number on the silk print sets them apart, but once they are plugged in, it becomes clear that TOD 2 adds more low end and a little more gain.

“Guitar overdrive is very often a personal matter of preference,” says Steen Grøntved, founder of LunaStone. “And for some, a beefy bottom is the tone of reference so that is exactly what TOD 2 brings to the board. Overall, the core tone and transparency is the same as the original TOD 1, but with that extra low-end punch that fits certain playing styles and musical genres better.

It is our goal to cater for all guitar players, so it was a logical next step for us to make this tweak, tuning the pedal differently to make sure there is a suitable TOD for everyone out there.”

Physically, the appearance is exactly the same as TOD 1 with diagonally positioned knobs that can be adjusted on the fly with the foot, a clearly visible LED and a soft switching footswitch with relay. All of which is united in a minimalistic Scandinavian design package.