Tyson Tone Lab has announced Precious and Grace, a new set of era-correct PAF humbuckers that are based on a particularly nice sounding pair of original 1959 PAFs.

They are specifically designed to deliver the complex tone and responsive feel of the best examples of the pickups Gibson installed in its Les Pauls back in 1959 – qualities that caused the guitar-playing universe to salivate upon hearing even a single note played by the likes of Peter Green, Eric Clapton and Billy Gibbons. 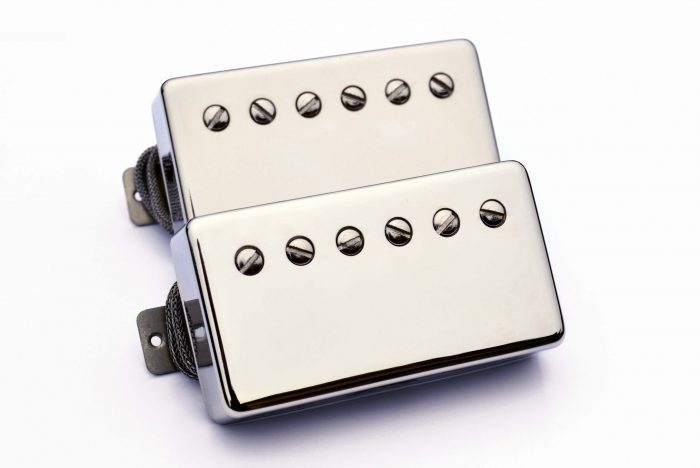 Vintage PAFs were actually not hand-wound, but made on mechanic auto traverse coil-winding machines. Tyson Tone Lab takes the exact same approach with vintage winding machines, but having the right tools is not enough to create pickups with a tone that is able to win over true tone aficionados.

“I have repaired a number of original Gibson PAF pickups and have a set from 1959 that I have tested the Precious and Grace pickups against throughout the development,” says Bobby Tyson, founder and owner of Tyson Tone Lab, as he continues. “The goal for the Precious and Grace pickups were not as much to make them era-correct or otherwise as close to the originals just for the sake of doing so because I am able to from a technical point of view.

I designed and built these particular pickups to achieve a vintage PAF’s unique tone, dynamics and ability to cut through a band mix without cranking up an amp’s volume to the point of alienating everyone in the venue. The original set I have is capable of doing exactly that, and I am very pleased with the result of our new PAFs that are based on them, as I feel confident that they have this same ability.”

Recreating the iconic ’59 Les Paul Burst Tone with its dry, woody and dynamic characteristics, the bridge pickup (Precious) offers a muscular midrange that retains the hollow tone that is a hallmark of the PAF. The neck pickup (Grace) is the perfect complement to Precious – warm tone with the familiar separation and clarity of an original PAF. Precious and Grace are medium-high output pickups featuring era-correct 42 AWG Plain Enamel magnet wire, as well as sand cast Alnico IV bar magnets that are custom charged and matched for each position. The average resistance in each pickup, 7.5K DCR for Grace and 8.1K DCR for Precious, matches the vintage set they were derived from.

All Tyson Tone pickups are in the field doing what they do best—making music—which is why they are used by world-class musicians both on tour, and in the studio. A perfect case in point is Charlie Starr of Blackberry Smoke, who has placed a set of Tyson Tone Lab PAF pickups in his vintage 1958 Gibson Les Paul.

In summary, Tyson Tone Lab’s the real goal in developing the Precious and Grace PAF pickup set was to put the same sweet and savage tones that inspired the great music of the 1960’s and 1970’s in the hands of guitarists of today and inspire musicians to keep playing real music.

The Precious and Grace pickups are available priced at $148–$325 USD.