u-he has announced that version 1.0 of its Hive synthesizer instrument for Windows and Mac will be released on June 2nd, 2015. 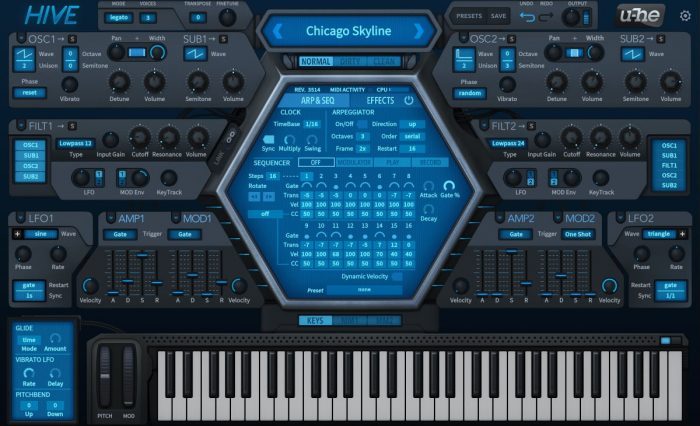 To make sure that you have the chance to get Hive for $99 before it changes, between now and June 2nd (12:00PM midday Berlin time) you can buy and download the Hive ‘release candidate’. This version is the same as Hive 1.0 that will be publicly available on June 2nd. All presets, features and bug fixes included. The only difference between the two versions is the price!