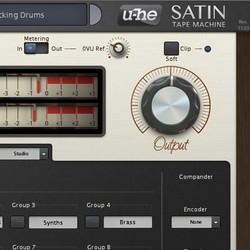 Urs Heckmann has announced a new roadmap for u-he’s upcoming updates and releases.

Yes, yes, yes… our estimates were wrong (but closer than normal!)

We decided to push AAX support onto the top priority spot while Sascha works on some additional features for Satin. Satin was nearly finished when the public buzz brought up some good points that needed to be thought about.

This moves the roadmap as follows:

Satin beta in June (while Sascha is on vacation), estimated release mid of July (after AAX is set in stone). We can’t release Satin before Sascha’s holidays, and he’s got the second half of June off.

Diva 1.3 may come late June, early July. It’s a good time for Clemens and me to concentrate on Diva while Sascha is gone.

Bazille has a worse standing because it’s an “Urs-project” and I always need to support Sascha and Clemens in their projects, it may come in late July or August even.