u-he has released version 2.5.1 of Zebra, a virtual wireless modular synthesizer plug-in for Windows and Mac. 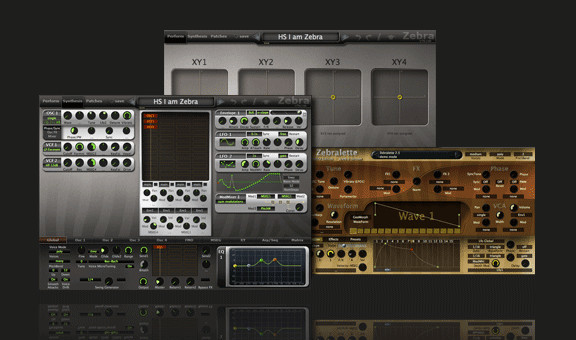 With numerous improvements, including the new the oscillator effects and 64-bit support, version 2.5.1 is much more than a normal maintenance update.

Zebra for Windows and Mac (VST/AU/RTAS) is available to purchase for $199 USD (excl. VAT). The update is free for current Zebra users.

u-he has also announced that Zebralette is now available as freeware.

We have also decided to offer Zebralette for free! Zebralette started out as “magware” and then became part of the Zebra bundle as a learning tool for Zebra’s powerful oscillators. Zebralette is still automatically installed together with Zebra, but now has no demo limitations.