u-he has released public beta revision 3304 of its Hive synthesizer instrument for Windows and Mac. 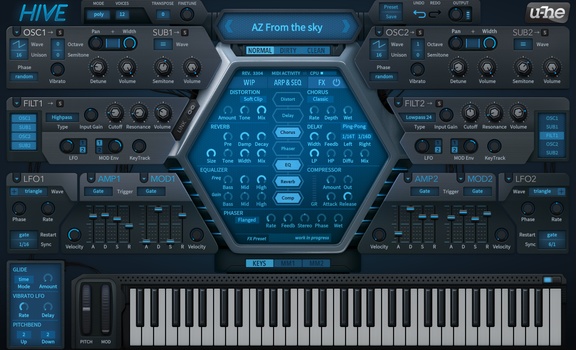 The public beta period has been extended till end of March 2015 and a bunch of presets have been added as a Factory Preview.

Your feedback and things were simply too good – but also a bit too overwhelming – to finish this before my holidays. I’ll be back to finish this in March and we’ll probably release it in April (we’ll have a booth at Musikmesse…).

The new public beta is available to download for Windows and Mac from the u-he forum. An updated Linux version is coming.
Hive is available for purchase at a 30% discount during the public beta period.