Universal Audio has announced the release of the Century Tube Channel Strip, a channel strip effect plugin that hearkens back to the days when record making was an immediate, visceral act of bold creativity. 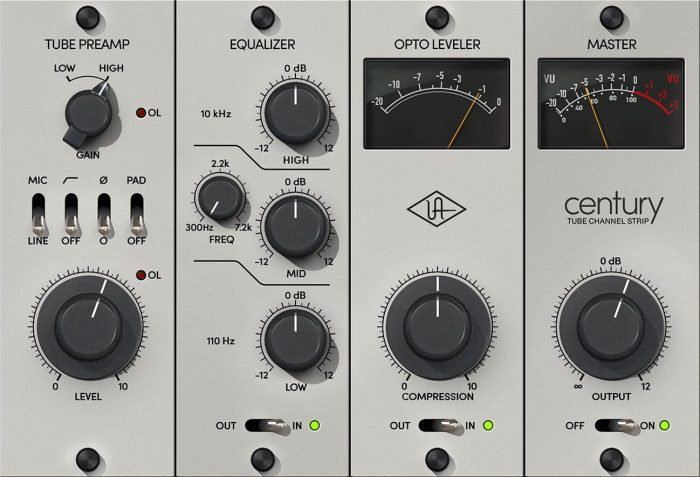 Capturing “the moment” is crucial — and capturing that inspiration with the right sound is just as important. The new Century Tube Channel Strip plug-in hearkens back to the days before infinite undo and decision-deferral, to a time where making records was an immediate, visceral act of bold creativity.

With an organic tube mic preamp, transparent dynamics control, and intuitively voiced EQ, the Century Tube Preamp plug-in is perfect for UA Interface users, allowing you to stay in the creative zone while you record, helping you capture first-take magic, with stunning results.

The plugin is available now, priced at 149 EUR. 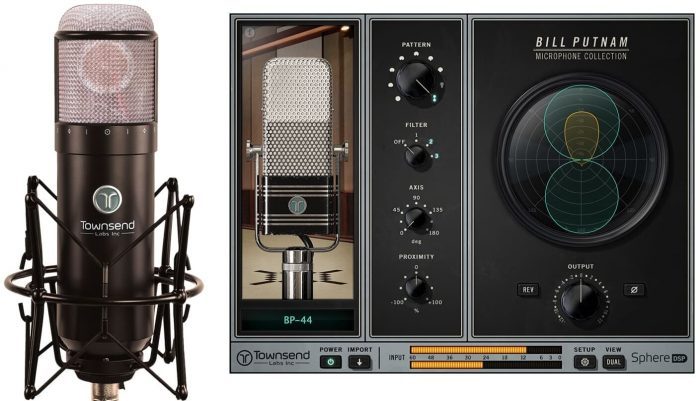 These mic emulations not only nail the classic timbres of iconic mics used by Bill Putnam to track Ray Charles, Frank Sinatra, and more, they also faithfully model the transient response, harmonics, proximity effect and three-dimensional polar response of the original mics.

The Bill Putnam Mic Collection is available for 249 EUR.

Also new in the UAD Software v9.6 update is the bx_masterdesk plugin from Brainworx.

Developed by Brainworx, and based on a complete chain of field-proven, high-end, professional analog mastering processors, the bx_masterdesk plug-in provides a fully featured mastering environment in a single plug-in that’s as easy to use as it is powerful.

Whether you’re in the rehearsal room quickly polishing a reference track, or a professional engineer delivering masters to record labels, the bx_masterdesk plug-in offers a complete, intuitive mastering processing chain.

bx_masterdeck is available at Universal Audio for 299 EUR.