Ueberschall has announced the release of Batucada, a new Elastik Soundbank featuring percussive samba grooves with an African influence. 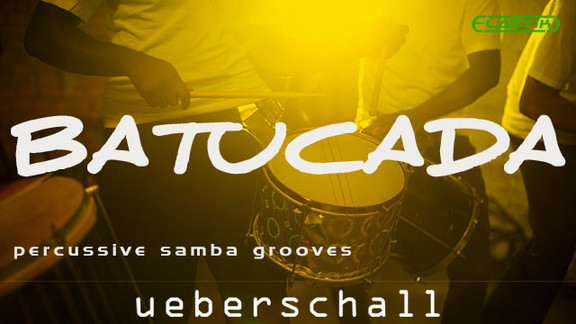 The hypnotic percussive rhythms of the Brazilian carnival are built on Batucada, a samba-based style with an African influence and played up-tempo and ensemble. This library captures the excitement and passion of the style with both ensemble and solo performances. Build your own carnival atmosphere in an instant.

Played by an experienced Bateria ensemble, a full suite of percussion instruments typical of the style were used including repinique, caixa, agogo, timba, rocar, ganza, apito and the mighty surdo, to achieve a full and authentic sound. The Batucada library covers the basic rhythms like samba, afoxe, coco and samba-raggae. With 600 loops in 1.58 GB of samples, the material is organised into three categories for maximum flexibility:

The soundbank is available for purchase for 49 EUR.