Ugo Audio has announced that its VST plug-ins for Windows are now available as freeware. 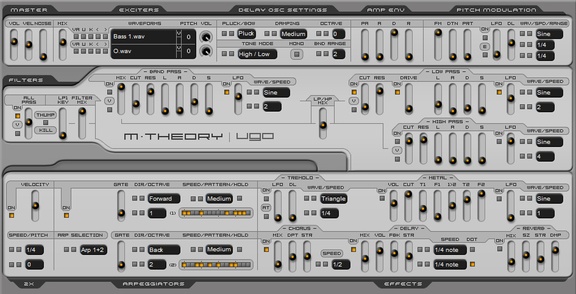 From 2003-2011 I was into designing synths and effects with SynthEdit. I was obsessed with it for years but eventually my life became increasingly busy, leaving me with no time for plugin development. These are the results of those experiments – some of which were pretty popular, and all of which I thought were quite fun.

They are all rather old now, and very outdated as far as system compatibility goes. To use them these days, you’ll need either a 32-bit Windows host or a wrapper such as jBridge. Also, only Rez is multi-core compatible, so for all others you can only use one instance per project without crashing your host. You may bump into a few other bugs too.

Due to their age, and that I no longer have time to update them, I’ve decided to make even the previously commercially released plugins freeware now. I hope you have some fun with them.