Plugin Boutique has launched a sale on Umlaut Audio, offering a 30% discount for a limited time only. 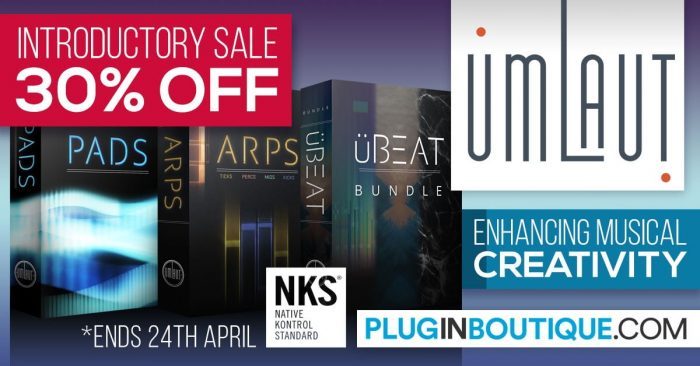 We welcome Umlaut Audio with their incredible Kontakt Instruments and Loop Packs to Plugin Boutique.

Save 30% off PADS, ARPS and the uBeat range exclusively at Plugin Boutique for a limited time only!

Pitchmap effect plugin by Zynaptiq on sale for $99 USD

IK Multimedia VI Group Buy Extended: Get up to 5 FREE...

Pitchmap effect plugin by Zynaptiq on sale for $99 USD