Unfiltered Audio has released version 1.1 of G8, a major update to the dynamic gate effect plug-in for Windows and Mac. 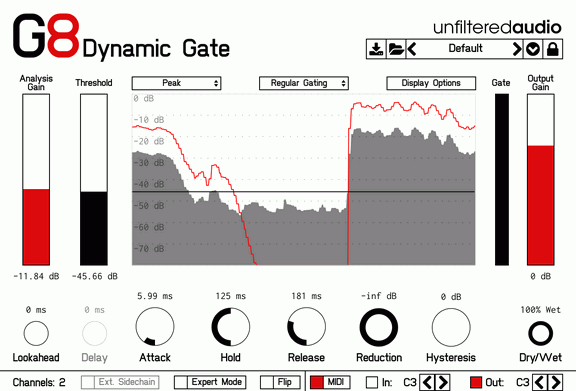 G8 is a high-quality noise gate with many tricks up its sleeve. It is both a professional dynamics workstation and an experimental amplitude effect.

Use it for noise reduction, AM/granular synthesis, bouncing ball rhythm programming, tremolo, trajectory panning, transient shaping, and much, much more.