Audio Plugin Deals has announced a sale on the United Strings of Europe Kontakt instrument library by Auddict, offering an 80% discount for a limited time. 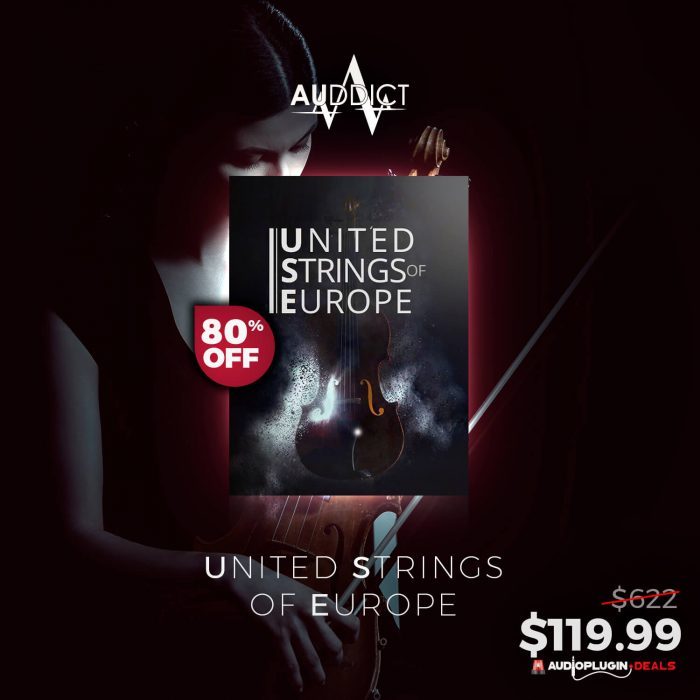 The United Strings of Europe is a London-based ensemble made up of young professionals from across the European Union and Switzerland with the goal of promoting musical and cultural cooperation at the highest level.

Weighing in at 50GB with over 22,000 samples, this library was recorded in the format of a real scoring session with the best gear, in a world famous concert hall, by world class musicians.

Save 88% on Audio Assault’s HellBeast amp plugin, on sale for 5 EUR!