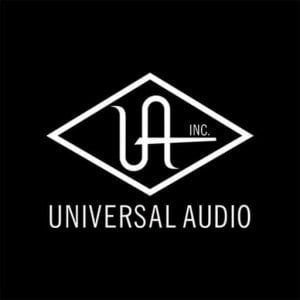 Universal Audio invites all NAMM Show attendees and members of the press to visit their booth (7001 Hall A) each day to hear from Grammy Award-winning engineers and producers on how they make hit records.

Universal Audio will feature daily sessions with music industry heavyweights, showing how they use Universal Audio hardware and plug-ins in their work and on their latest releases.

Gracing the stage this year are producers Just Blaze, Joey Waronker, Vance Powell, and Jacquire King as well as Grammy-winning producer Fab Dupont and esteemed engineer Leggy Langdon, who will share how they incorporate Apollo audio interfaces into their daily workflow.

And don’t miss the daily giveaways at 3:30 pm – attendees will have a chance to win an Apollo Twin Audio Interface!

Joey Waronker: Jon Joseph “Joey” Waronker is an American drummer and music producer. He is best known as a regular session musician of both Beck and R.E.M., and as a member of the experimental rock bands Atoms for Peace and Ultraísta. He produced Other Lives, Yeasayer, and EELS.

Just Blaze: Born as Justin Smith and from Paterson, NJ, Just Blaze is a veteran hip hop record producer. He produced Jay Z songs on the albums The Blueprint, The Blueprint 2, and The Black Album, and on Eminem’s 2010 album Recovery. Most recently, he produced “Freedom” (Beyoncé featuring Kendrick Lamar) on Beyoncé’s 9-time Grammy-nominated album Lemonade.

Leggy Langdon: Christian ‘Leggy’ Langdon signed his first major record deal before he turned eighteen. He writes and produces acts that include Alexandra McDermott, The Skins (with Rick Rubin), Chord Overstreet and Jamie N Commons, while racking up mixing credits for acts such as Alex Newell, Bondax and Charlotte OC, and The Pierces.