Universal Audio has announced a Pick Your Preamp promotion, offering a free Unison preamp plugin with a purchase of any Apollo rackmount audio interface during September. 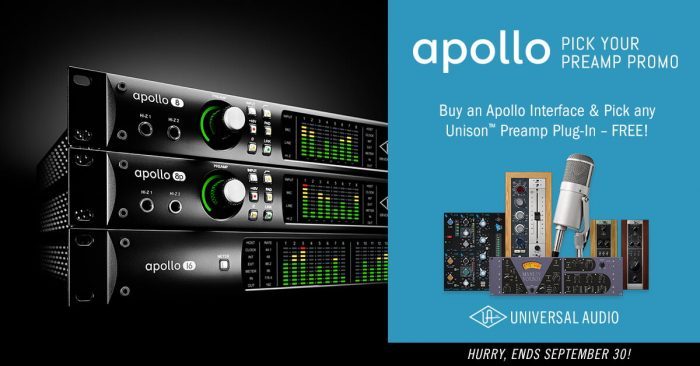 Found only in Apollo audio Interfaces, Unison™ technology starts at the input stage – allowing Apollo’s mic preamps to sound and behave like the world’s most sought-after tube and solid-state mic preamps and guitar amps. By capturing the all-important impedance, gain stage “sweet spots,” and component-level circuit behaviors, Unison gives you the tone, touch, and feel of legendary hardware from Neve®, API®, Manley®, and more.