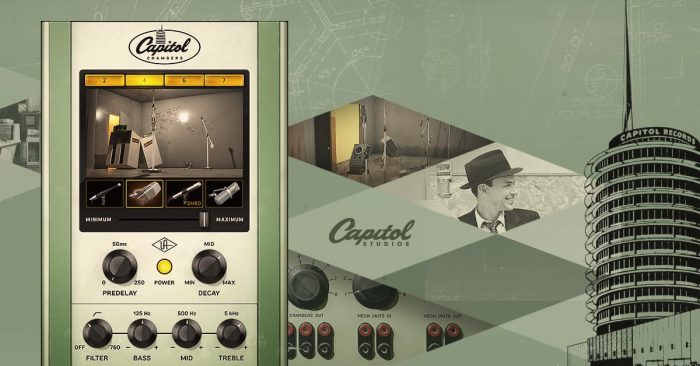 Prized for their natural sound and dense ambience, the subterranean echo chambers at Capitol Studios were designed by recording pioneer Les Paul. Famous for their smooth response and lengthy decay times, these chambers have graced thousands of hits — from Ray Charles to Frank Sinatra, Beck to Muse.

In crafting the Capitol Chambers plug-in, UA were granted unprecedented access to Capitol’s four most popular chambers, 30-feet beneath the studio, and used historic technical diagrams from the early ’60s to recreate the exact microphone and speaker/horn arrangements. New and creative mic/speaker combos were also devised by UA and Capitol’s chief engineer, Steve Genewick.

The update also brings the Tube-Tech CL 1B MkII developed by Softube, an updated version of this iconic optical compressor used by modern artists like Kanye West, Rihanna, Jennifer Lopez, and more.

Developed by Softube, the Tube-Tech CL 1B MkII plug-in for UAD hardware and UA Audio Interfaces is an update of this iconic optical compressor used by modern artists like Kanye West, Rihanna, Jennifer Lopez, and more.

Featuring numerous sonic enhancements and new high-resolution graphics, the Tube-Tech CL 1B MkII plug-in has been reimagined with Softube’s latest component modeling and signal processing technology, for an even deeper emulation than before — capturing this modern classic in all its tube glory.