“We’re really excited to be the first company to provide true integrated Thunderbolt connectivity in the audio interface market,” says UA CEO and Founder, Bill Putnam, Jr. “We’ve worked hand-in-hand with Intel to create rock-solid Thunderbolt connectivity for Apollo, and we are looking forward to seeing the impact this important step forward has on the digital recording community.” 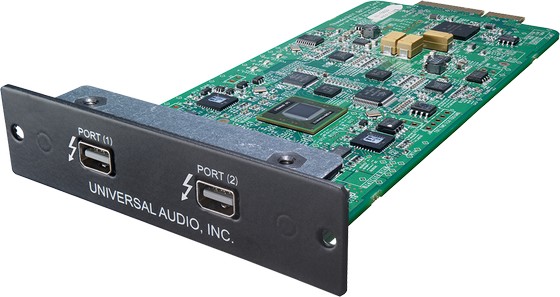 The Thunderbolt Option Card is available from authorized Universal Audio dealers worldwide, with an estimated street price of $499 USD.