The Universal Piper virtual bagpipe instrument for Windows and Mac was updated to version 3.0. 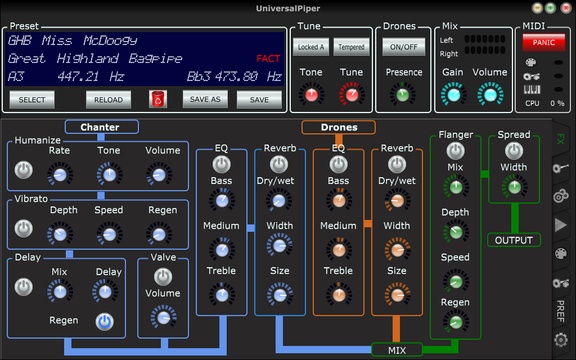 Universal Piper is a new instrument that aims at faithfully reproducing the sound and the playing sensation of bagpipes of any types.

The idea of this new instrument emerged facing the limitations encountered with a real bagpipe while composing, rehearsing or playing on stage, especially with other tempered instruments (guitar, piano).

Universal Piper for Windows and Mac (VST/AU/Standalone) is available for purchase for 69 EUR.