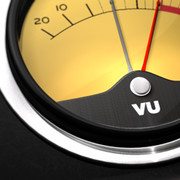 Variety Of Sound has announced mkII versions for NastyDLA and TesslaPRO to be released during Q2/2012.

By this, all the sonic bliss of stateful saturation algorithms will be made available for both, the highly regarded classic chorus echo device with tape-delay simulation and the critically acclaimed “transient aware” signal saturator.

Stateful Saturation takes advantage of some sought after analog qualities and preserves them accurately during their transfer into the digital domain: