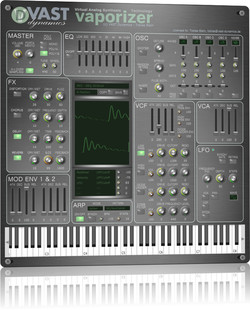 On Feb 7th 2015, we announce a major release with many free functional enhancements and usability improvements. This is now a stable release that is intended to stay here for a while. Please update your version.

Vaporizer for Windows and Mac (VST/AU) is available for purchase for 24.90 EUR (ex VAT within EU).