Vienna Symphonic Library has announced the release of its free Remote App for Tablet PCs.

Vienna Instruments PRO now comes with a free Remote App for both iOS (5.1 or later) and Android (4.0 or later) tablet PCs.

Use your tablet as a convenient external MIDI controller when recording in your sequencer, sending key switches and controller data for the selected Vienna Instruments PRO instance. Articulation switches and fader movements (such as Master Volume, Velocity Crossfade, Expression, Tuning, etc.) can be controlled and recorded instantly in real-time, and even multiple faders can be moved simultaneously. 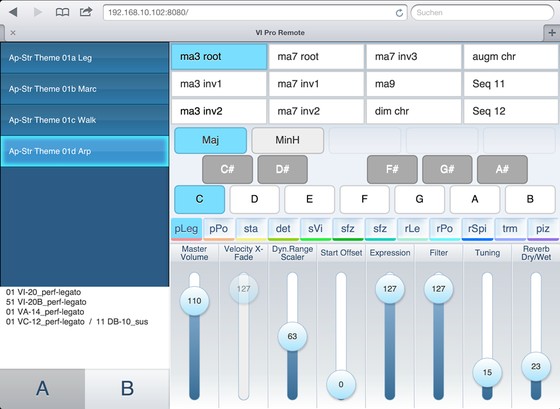 The Remote App for Vienna Instruments PRO 2 (latest build) requires an iPad with iOS 5.1 (or later), or Android 4.0 (or later) with Chrome or Firefox browser.