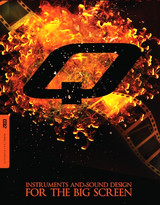 In a world…in a land…coming to studios near you: Vir2 Instruments’ Q, a massive sound design and scoring instruments library designed for the unique needs of television, film, game, and media composers and music producers who want to add a fresh and previously unheard dimension to their sonic palette.

This update requires version 4.2.2 or later of the Free Kontakt Player or full retail version of Kontakt.