IK Multimedia is looking for your input on what gear should be in the upcoming AmpliTube Joe Satriani collection. 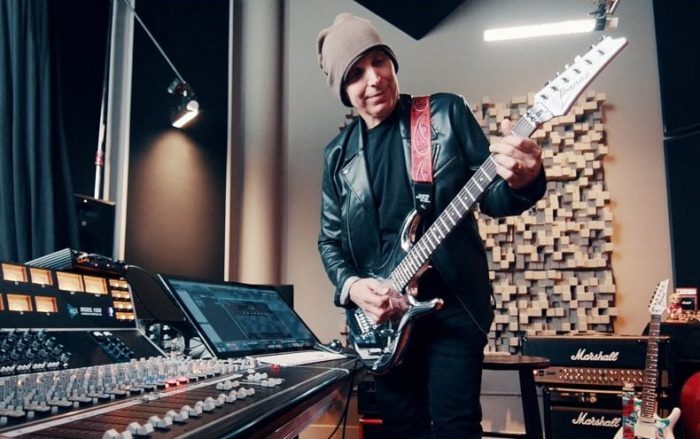 The secret is out. We have been working closely with Joe Satriani on AXE I/O, so when we approached him about doing a signature AmpliTube collection, he was in. The only question? What gear to model! That’s where you come in. It’s time for you to voice your opinion on what iconic gear you want to see in AmpliTube Joe Satriani, releasing in 2020.

Plus, enter for your chance to win an amazing guitar recording studio because the only thing better than voting for gear is using it!

Cast your vote and check back January 16th to see what gear will be included in AmpliTube Joe Satriani.

You can also show off your chops for a chance to win gear for your guitar recording studio, including the AXE I/O, a pair of iLoud MTM studio monitors, AmpliTube Joe Satriani (when released) and all other AmpliTube titles.