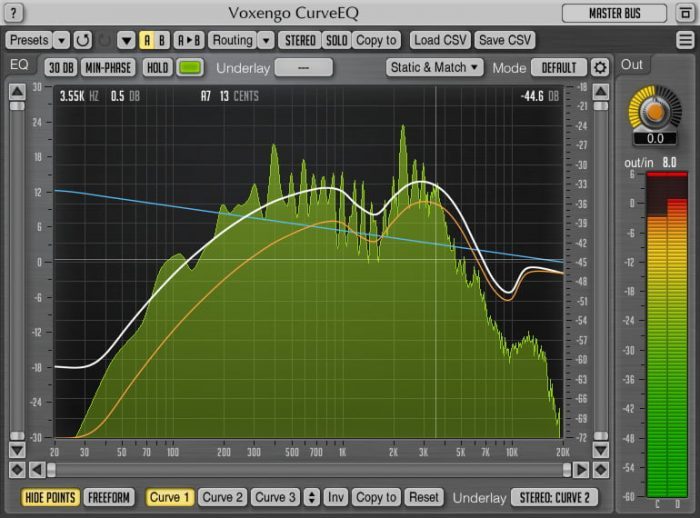 The update comes with various improvements to the interface, a new RT Sigma analyzer type, added display modes and some fixes.

CurveEQ implements spectrum matching technology that allows you to transfer spectrum’s shape of one recording to another. In other words, this allows you to “copy” frequency balance of existing time-proven mixes so that other mixes that are still in the works may have a chance to sound better.

his technology also greatly helps in music mastering since using it allows you to easily lessen any dramatic differences in the area of frequency balance between various tracks.

CurveEQ for Windows and Mac (VST/AU/AAX) is available for $79.95 USD. The plugin is also part of Voxengo’s Premium Membership, which includes all Voxengo plugin for only

Save 30% of Audiomodern Streakulator V2 for Ableton Live