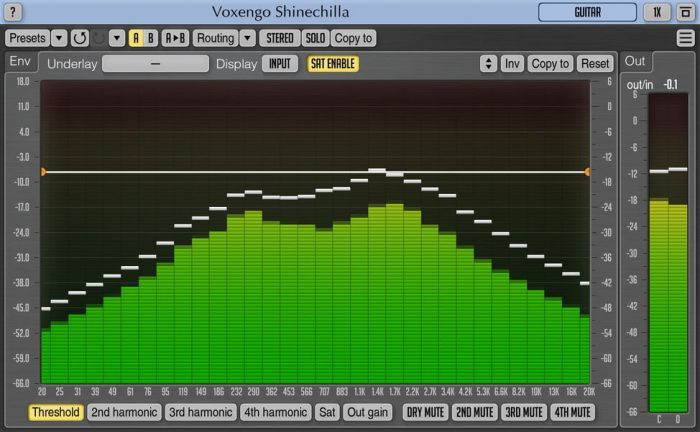 Version 1.1 comes with VST3 and AAX plugin support and some improvements.

Shinechilla allows you to generate and blend 2nd, 3rd and 4th harmonics with the original dry sound. The harmonic generation process offered by Shinechilla is quite unique on the plugin market since it produces almost no intermodulation distortion.

Shinechilla for Windows and Mac is available for $49.95 USD from Voxengo and distributor Plugin Boutique.