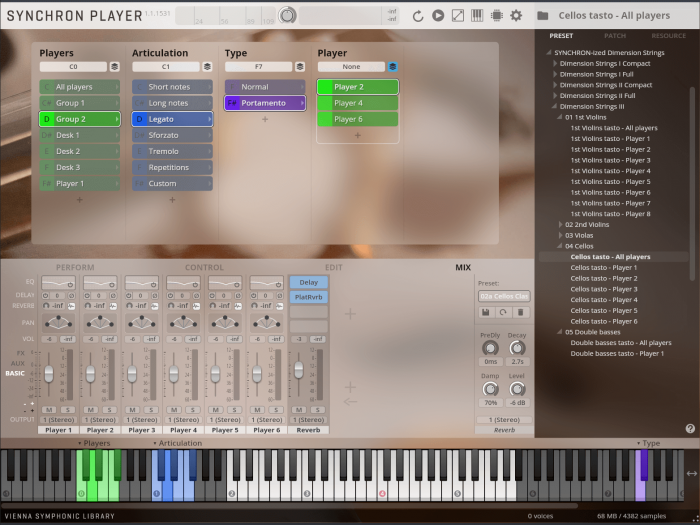 This Collection features five string ensembles that were exclusively played “sul tasto”. This special playing technique is characterized by placing the bow near the fingerboard, resulting in a lack of (even) harmonics and a very soft, breathy timbre, similar to that of a flute playing in pianissimo. The sul tasto articulations include staccato, détaché, sustain, tremolo, tremolo with fast attack, slow tremolo, sforzato, legato, portamento, legato repetitions and spiccato repetitions.

The Synchron Player’s ability to gradually increase the number of players opens all-new possibilities for starting your arrangements “dal niente” (from nothing), or to fade out a note to little more than a bare whisper (“al niente”). By adding the ambience of Synchron Stage Vienna to the relatively dry samples in real-time, SYNCHRON-ized Dimension Strings III perfectly blends with every other product in the Synchron Series, resulting in a beautiful, production-ready sound “out of the box”.