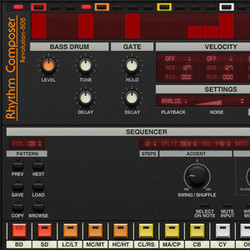 Since its conception, Transistor Revolution has remained close to our hearts. So much so that shortly after its initial release we set about making plans for an extensive update…

Transistor Revolution MKII has been fully redesigned and re-scripted from the ground up; now featuring a vastly improved workflow and new intuitive graphical interface, a ‘TR style’ 16-track step sequencer, unified instruments for both the 808 and 909, a dedicated 10-track mixer with individual processing, reverb/delay sends, volume control and pan for each drum sound, a master tape section boasting individual tape saturation per sound, and much more!

Behind the scenes, the Transistor Revolution engine has been significantly enhanced to offer a wealth of additional control parameters including; extensive sequencer options and live mode, individual tune control and processing per drum sound, swing/shuffle control, host tempo sync, a unique range of impressive RAM saving options and more… 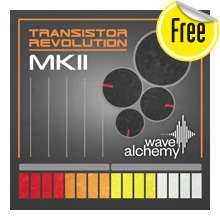