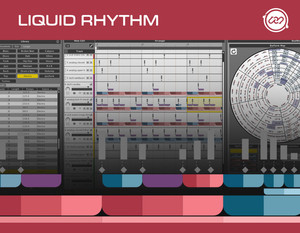 WaveDNA has announced a significant update to the full version of its Liquid Rhythm beat generation software, including powerful new MIDI sequencing and editing tools to create and remix drum patterns.

This can now be achieved either directly in Ableton Live clips via Max4Live as a plug-in, or as a stand-alone application. Additionally, the company has released Liquid Rhythm Intro, a condensed version of Liquid Rhythm to increase accessibility for the electronic musician, music producer, DJ and film/television composer communities of music creators.

Boasting a redesigned user interface and a host of new features, Liquid Rhythm enables increased workflow efficiency by shortening the time users spend composing and searching for the right rhythm. It analyzes MIDI data and suggests complementary beats. This allows users to quickly complete their productions or go in new directions without having to change the entire structure and notation of the piece.

“When our users tell us that Liquid Rhythm is helping them translate their creative ideas to finished compositions,” states Doug Mummenhoff, WaveDNA co-founder and CEO, “We know we are doing our job. But, we aren’t stopping there. Our company and team of developers are aligned with the vision of revolutionizing electronic music composition, one software app at a time.”

Liquid Rhythm for Windows and Mac (VST/AU/RTAS/standalon) is available to purchase for $129 USD. Liquid Rhythm Intro (does not include BeatWeaver Rhythm Synthesizer, ReGroover, and Randomizer) is $49 USD. A 30-day Free Trail Version is available from the site.