Waves Audio has announced that its Waves Nx technology has been implemented to power Audeze Mobius headphones, the first 3D audio headphone to provide an unsurpassed level of detail, clarity and 3D positional accuracy.

Designed with pro audio users in mind, Audeze Mobius is especially suited for audio professionals working in the VR / 360 creator market. Engineered for durability and comfort, this headphone is designed to replicate true, real-world listening experiences. 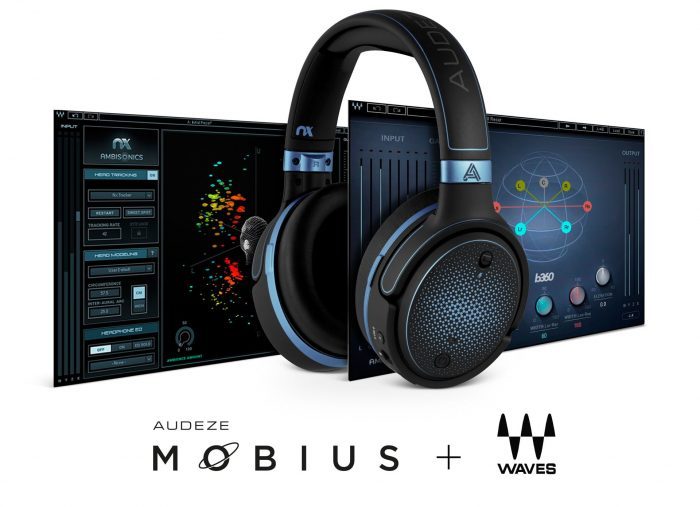 Manufactured by Audeze, the world’s leading manufacturer of planar magnetic headphones, the Mobius is equipped with Audeze planar magnetic drivers in a feature-rich package. It is the first headphone to truly deliver on the promise of 3D audio, creating that elusive “you are there” listening and mixing experience.

Audeze Mobius headphones with built-in Nx technology will be offered in a standalone package, and also as part of a “Creators Edition” that also includes the Waves Nx Virtual Mix Room and Waves B360 Ambisonics Encoder plugins.

Gilad Keren, Waves CEO and Co-Founder, shared, “Audeze headphones have achieved worldwide acclaim among music industry professionals and audiophiles alike for their amazing sound and for innovation that has kept them on the cutting edge of technology. With Mobius, Audeze is offering its award-winning audiophile sound with integrated Waves Nx head tracking, sound localization, and virtual room emulation technology for a monumental game-changer within audio.”

Sankar Thiagasamudram, Audeze CEO and Co-Founder, comments, “Audeze is delighted to be joining forces with Waves. Waves’ 360 Ambisonics Tools, which include the B360 Ambisonics Encoder and the Nx Virtual Mix Room plugins, all seamlessly interact with the Audeze’s Planar headphone for diverse uses, be they in gaming, 360/VR mixing or mixing in non-acoustic environments, and from surround monitoring to consumer-listening experience.”

Lucas Wilson, Founder and Executive Producer of VR/360-degree company Supersphere, says, “We do a lot of audio for 360 and VR. The Mobius streamlines those audio workflows and solves a major pain-point with audio creation for VR. It allows you to mix, monitor and modify ambisonics and regular mono/stereo/multichannel audio in an ambisonics field, with full head-tracking, and represents a huge step forward in the audio-for-VR world.”