With X9, users now get more processing power for the same price; these three units have been updated with 9th-generation Intel Core CPU, for processing audio through hundreds of plugins at ultra-low latency – with more real-time processing power than ever before. 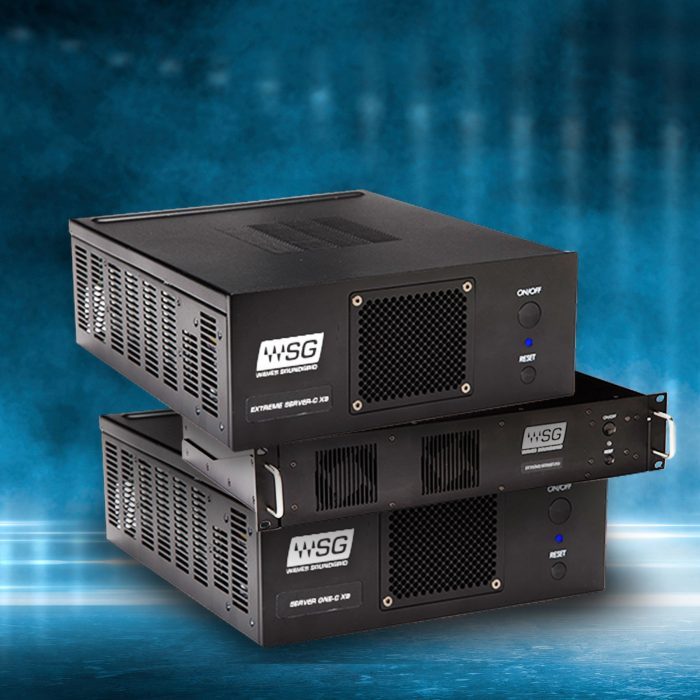 Waves immediately starts shipping Intel 9th-generation processors with the SoundGrid Extreme Server-C Server, a compact and powerful, light and robust DSP unit that effortlessly processes hundreds of SoundGrid-compatible plugins in real time, live or in the studio – taking only half the width of a standard rack. It features eight Core Intel Coffee Lake i7-9700 CPU and 8GB RAM.

Shortly after, Waves will start shipping two more server models with the new 9th-generation processors: the full-rack SoundGrid Extreme Server (which offers the same specs as the half-rack SoundGrid Extreme Server-C in a full-rack profile); and the SoundGrid Server One-C (a compact, lightweight and tough DSP unit that relieves your computer from plugin processing), which features four Core Intel® Coffee lake i3-9100 CPU and 8GB RAM.

Used in pro studios and tours, SoundGrid DSP servers enable you to run Waves and other SoundGrid-compatible plugins in real time, on as many channels as you have. Waves’ Gen-9 SoundGrid servers are a massive upgrade to any studio or live mixing system, allowing audio engineers to unleash their creative mixing powers without limits.