Waves Audio has launched a 24-hour sale on the CLA Classic Compressors bundle, offering 90% off on the collection of four classic compressor models created in collaboration with Chris Lorg-Alge. 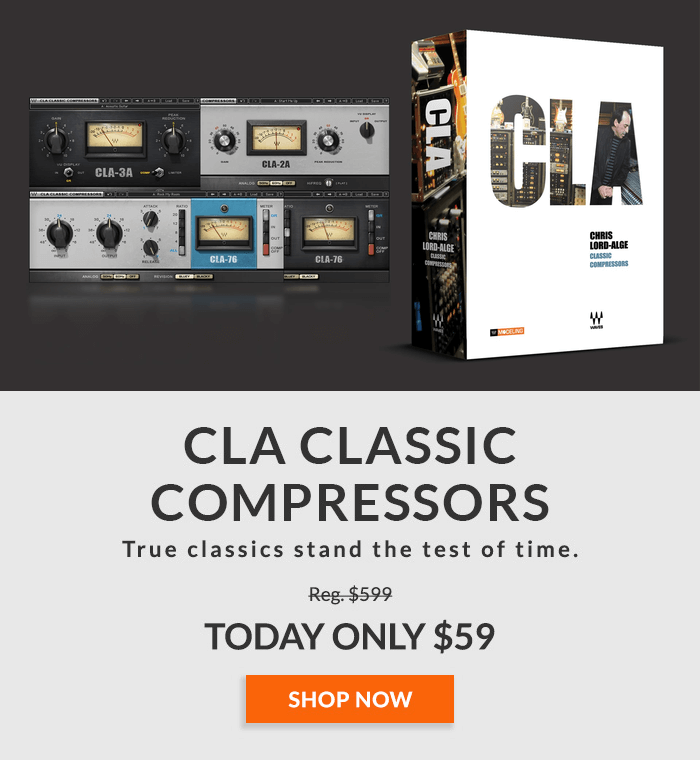 Chris Lord-Alge is a true classic. Over the course of a career spanning almost three decades, he has worked alongside many artists who are classics in their own right.

You can purchase the CLA Classic Compressors for only $59 USD through December 10th (regular MSRP $599 USD). The individual plugins in this bundle are also on sale separately, starting at $29 USD.