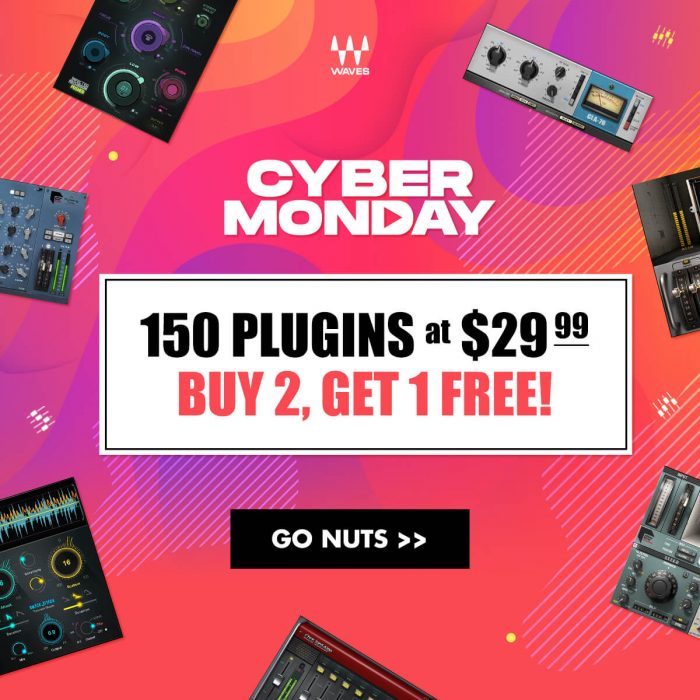 During the sale you can get a free plugin with the purchase of 2 or more plugins. The offer expires Tuesday December 3rd, 2019 5am EST.

The sound of classic tubes and transistors, driven hard from subtle to extreme, and excited by the ultra-rare EMI TG12321—a secret weapon of Abbey Road engineers.

Saturation is the heart and soul of analog recording and mixing—from the subtle soft clipping of a tube preamp, which adds warmth and pleasing harmonics to a drum or vocal part; to full-blown console distortion that makes a synth, bass or guitar part ‘sing’ in the mix.

But it doesn’t end here. Abbey Road engineers were known to experiment endlessly with the wealth of original EMI gear at their disposal—pushing the equipment to its limits and reaching “happy accidents.” Abbey Road Saturator captures the very happiest of such accidents.

Also available are the MDMX Distortion Modules, a collection of 3 distortion plugins based on musicians’ all-time favorites: Screamer, Overdrive and Fuzz.

From classic fat round overdrive to freaked-out fuzz flavors, this oversaturated color palette gives you quick access to the greatest distorted sounds you know and love.

MDMX plugins offer serious tweakability: On-board dynamics, EQ and tone controls; “Temperature” controls to tweak overall color and warmth; Mix controls to blend the clean and distorted signals; M/S processing to distort just the mids or sides of the signal—a great way to fit an instrument into the mix and change the way a sound relates to the space around it.

The MDMX interfaces lay all these options right in front of you: No menu diving, no learning curve, just colorful noisy goodness that will add serious heat and aggression to your synths, vocals, drums, bass, guitars—anything.

Abbey Road Saturator and MDMX Distortion Modules are on sale in a bundle for only $49.99 USD during the Cyber Monday sale.